Wherever you are in the Alicante province one thing is certain – you are never going to be far away from that most romantic of buildings – a castle. The Alicante region has always been one of the most coveted in Spain. The Moors conquered it and ruled for 700 years turning it into one of the most fertile and productive in the country and to hold it against the various northern kingdoms who sought it the Moors fortified it. Thus any visit to a castle in the region is likely to reveal that the original castle on the site or in the town was founded by the Moors although in some parts the Romans had a hand in the fortifications.

For those with a romantic streak the best way to see the castles of the region is to hire a car – and there are many reasonably priced car hire companies in the resorts of Alicante. 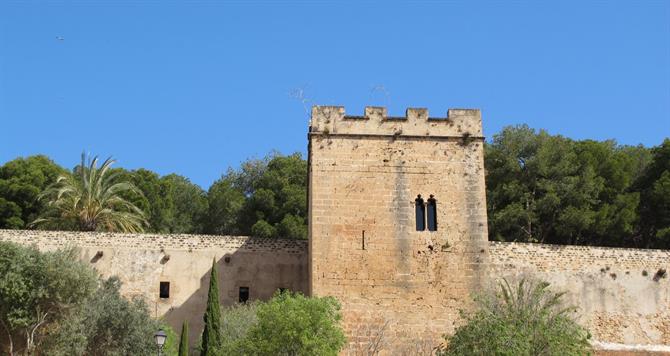 Denia, the capital of the Marina Alta area at the northern end of Alicante province has had a castle since Roman times when the town was known as Dianum but its main development came with the conquest of the area by the Moors. Built on a rocky promontory overlooking the town and the sea, the castle can be seen from anywhere in town. The impressive arched entrance dates from Moorish times but inside various buildings date from the castles development over the centuries. The castle also houses the Denia Museum of Archaeology which is well worth a visit. Opening times vary according to the season and there is a small entrance fee.
Oh Villena

Inland from Alicante, taking a pleasant drive along country roads, is the town of Villena which is home to one of the best preserved castles in Alicante province. Known as La Atalaya, which means watchtower, the castle’s role in bygone days was to defend the rich agricultural lands surrounding it. It stands on a hill above the town and has a ring of solid walls before you find the defensive walls. It has a great keep, the Torre de Homenaje, which stands more than 200 feet high. Another castle that owes its origins to Islamic times in Spain, Villena developed in the 12th and 13th centuries but what remains was built in the 15th century.
Sax in the city

No one with an interest in castles and history should miss the impressive castle of Sax, which lies north of Alicante city just off the A31 road. The castle stands, as usual, high above the city and can be seen for miles around in all directions. It is believed the original was built in Roman times but again it was the Moors who developed it to protect the lands they conquered in the region. But the Moors were eventually defeated when the armies of the Crown of Aragon seized the castle in 1239. The crowns of Aragon and Castile were rivals for the domination of the area but castle was finally ceded to Castile under the Treaty of Almizra in 1244. What remains now is the keep and the bastion tower.

A few kilometres down the coast south from Denia, a charming little castle can be found in the seaside resort of Moraira. It is an 18th century fortress on a small rock at l’Ampella beach and over the entrance door is the coat of arms of the Bourbon family, the rulers of Spain at the time of the completion of the construction in 1742.There is evidence that the fortress was developed by Felipe II, who ruled in the 16th century, to protect the coast from the ravages of the Barbary pirates. The castle has two floors and three wings and stands 10 metres high. Lookout was kept from slits in the walls and cannon were mounted on the roof. The fortress was badly damaged by the British navy in 1801.
Twin towers

Just south of Sax are the twin cities of Petrer and Elda, both with remnants of the mighty castles that towered over the countryside in the region. Parts of Elda castle have been reconstructed and a pleasant open space has been created. Again both had Islamic or earlier origins but with Reconquista in the 13th century the castles reverted to the Spanish kingdoms of the time, with Jaime II incorporating Peter into the kingdom of Aragon. For the castles, admission is free but opening times vary according to the season. 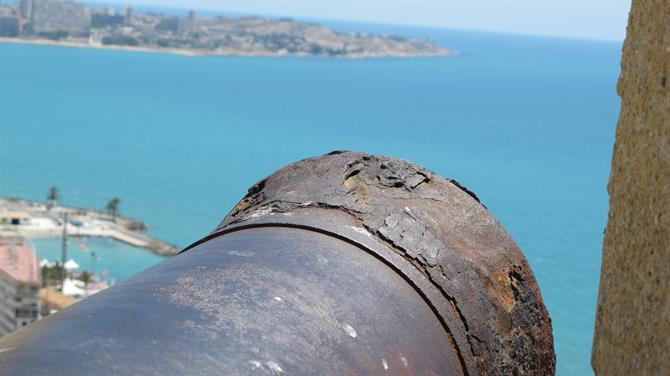 No trip to the castles of the region would be complete without a visit to the mighty fortress of Santa Barbara that looks down 500 feet on to the city of Alicante. Take the lift from opposite Postiguet beach (2.50 euros, pensioners and children free) and hours exploring the castle that dates originally from Roman times and has guarded the city for centuries.
Novelda’s unique castle

Also within easy reach of Alicante city, just 24 kilometres north on the N330, is the unique Castle of Novelda, La Mola. What makes it unique and so special is that it is the only castle in Europe with a triangular-shaped tower, the Torre Triangular. The tower was built in the early 14th century to fortify what remained of a Moorish castle from the 12th century after the Reconquista. It is one of the Valencia Communitat’s best examples of a Gothic civil-military building. It has been extensively renovated and its interior is well worth the visit. The castle stands on a hill surrounded by the river Vinalopo. Next to it a short distance away is the church of the Sanctuary of St Mary Madalena, whose architecture is reminiscent of that of Antonio Gaudi in Barcelona. Ancient Orihuela South of Alicante city is the ancient city of Orihuela, which has some of the most fascinating architecture in the province. The castle, was of Moorish origin and what remains of it, stands high on the Sierra de Orihuela in the area known as the Monte de San Miguel. The ruins overlook the city but these days, without a fertile imagination, there is little that indicates the former glories of the fortifications whose walls originally enclosed the whole city. Visitors can climb to the top of the ruins and enjoy the fabulous views over the Vega Baja (the plain of the river Segura. The climb is quite steep so good footwear and a reasonable state of health are needed but for those who make its worth for the amazing views from the top. 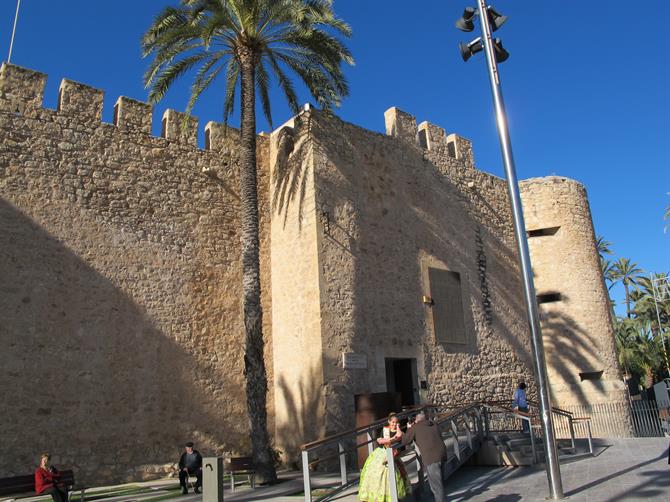 Elche castle in Alicante provinceElche prison Also worth the journey is the university city of Elche with its marvellous architecture, massive palm groves and cultural centres, not to mention its castle that was built in the 12th century and then renovated in the 15th. In recent times it has been used as a fabric plant, the city’s town hall, and as a prison during the Spanish Civil War, 1936-39. 936-39.