Alicante has one of the busiest holiday airports in Europe, seeing on average around 10 million travellers each year pass through its doors, mainly from the United Kingdom, Germany and the Netherlands, although it is often used by the Spanish themselves for flights to other destinations in the country. 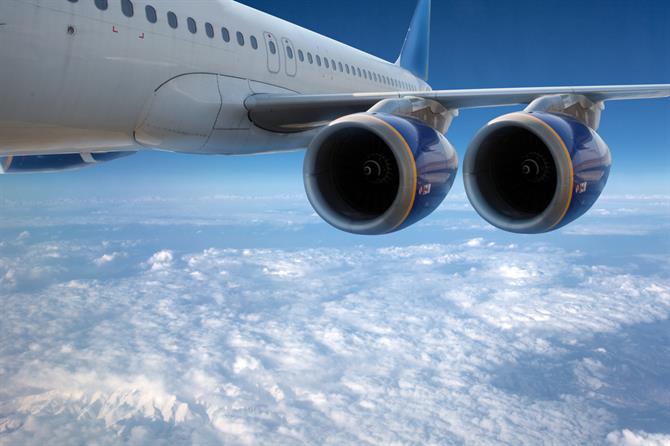 Alicante need not be thought of as just someone where your holiday adventure starts and finishes, as spending time in the region uncovers much natural beauty, culture and history that most people simply have never heard of.

Alicante airport is actually nearer to the city of Elche, than Alicante city itself, although Alicante is actually the name of the province too and stretches way up the coast until it meets with Valencia Province. The whole area is awash with culture and nature so we looked at a few places that you can really enjoy nature on your next Spanish vacation.
Elche: The city of palms

We decided to start our trip as soon as we got away from the hustle and bustle of the airport and headed for the city of Elche, also signposted “Elx” in the local lingo. Elche is famous, from a nature lovers pint of view, for having the largest forest of pine trees in Europe, over 200,000 in one place alone and is a UNESCO world heritage site.

We needed to get prepared for our nature trips and headed for the shops first.

Elche is also famous, in Spain at least, for the manufacture of footwear and boasts around 1,000 different places in the area that make shoes, however tourism has become increasingly important for the city and it’s well worth taking a look around, especially if you like shops! If you know where to go in the city, you can bag yourself a pair of hiking boots very cheaply! 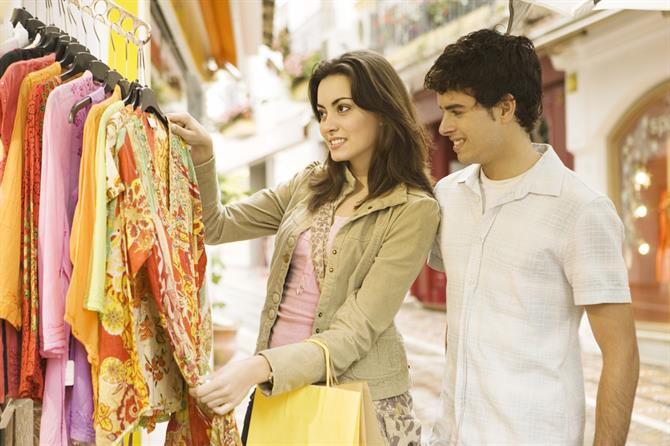 Elche has a few large shopping centres or Malls that you while away some spare time doing some shopping, and you should head for L’Aljub shopping centre, just off the main Elche to Aspe road (CV 8510), where you can not only find a Primark and a C&A, there are loads of smaller shops too, supermarkets, places to eat, and a huge cinema too! 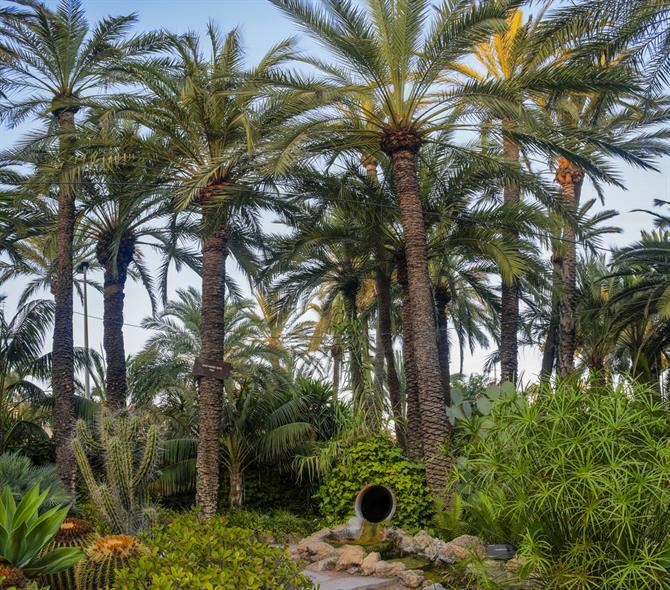 There are other places around Elche to shop, including a huge El Corte inglés shopping mall too, perfect to buy all the gear you need to go and find some nature, do some walking in the “campo” (countryside) and basically get as prepared as you can for the next part of your journey.
Tabarca island, Santa Pola

We then drove from Elche along the CV-865 towards Santa Pola, on a clear and dead straight road, but had been warned beforehand it is an accident blackspot, so if driving the road, take extra care as a kamikaze style of driving here by the locals is commonplace. Upon arriving at Santa Pola, head for the port area, for boats out to Tabarca Island, a designated nature reserve and standing proudly in the mouth of the bay. 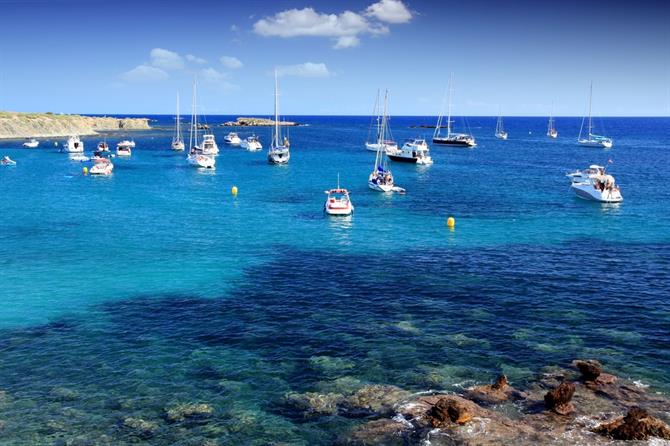 This small but inhabited island is a very a popular day trip destination either from Alicante or Santa Pola, and the island has a very quaint Spanish fishing village with an old fort, some recommended seafood restaurants and a rocky beach with crystal clear water which you can see in the photo above. We also found several secluded coves and many tidal rock pools ideal for bathing or letting the children try and catch crabs and small fish.

This is definitely a place to kick back and unwind on holiday, although at present, day trips are the only way to see the Island, but it’s well worth the trip out there. When you’re on holiday in Santa Pola, Tabaraca island is one of the must-sees of the area.
Discover the salt lagoons of Santa Pola

Behind the town of Santa Pola and along the N-322 coast road, lies the nature park and salt lakes of the area, a place of salt production since Roman times and a very important part of not only the local industry, but of wildlife too. If travelling by car look for signs for “Salinas de Santa Pola”. 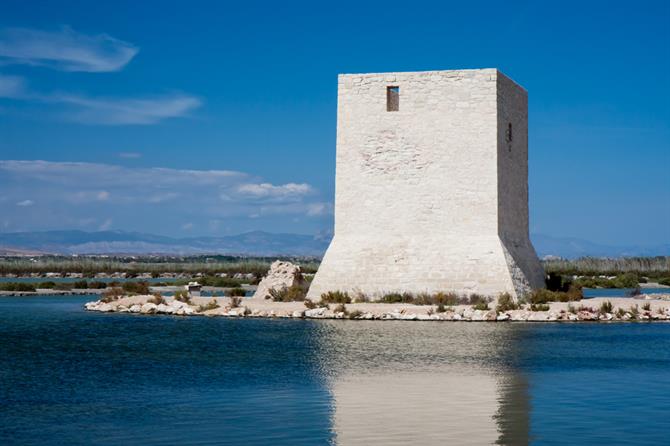 Tamarit Tower – Santa Pola marshes
Boat trips can be taken on the lakes and this is probably the best way to get up close to nature and see some of the varied species of sea birds and other creatures, including flamingos, that make this lovely place their home.

The is also the “Museo de sal” (Salt museum) that can be visited, for free, most mornings, up until about 2pm and although it’s worth at least a look, and an insight into the local culture, it’s not exactly a must-see attraction but as it’s free, and we were in the area anyway, why not!

The province of Alicante is absolutely bursting with places to see, things to do, and people to meet and this article merely touches the surface of what you could discover on your holiday in Alicante province, Spain!