Waking up to the sound of birdsong with views of green and grey mountains or orange orchards conjures up pictures of a Spain far removed from the busy beach resorts in Alicante.

Yet, you only have to go a few kilometres inland to enjoy a traditional, peaceful way of life. A life where neighbours greet each other in the streets, and where the bread is freshly made in a 100-year-old wood oven each morning.
Mountain villages close to beaches

People visiting the towns and villages amid the mountains and valleys of the north Alicante region can discover life in the slow lane of Spain while also being within a few minutes of some of the best sandy beaches in the area. 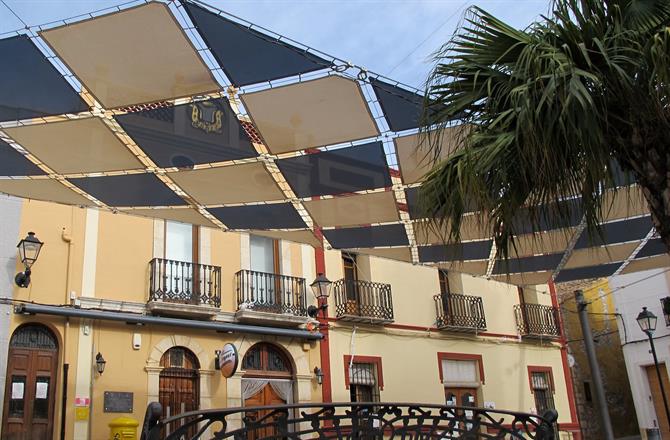 The little towns of Benimeli, Benidoleig or Orba are great bases for exploring the countryside, either on foot or by bike. Many professional and amateur cycling groups base themselves around here to tackle the winding mountain roads or the more gentle coastal routes.

As well as being ideal for outdoorsy people, the towns in the Sierra de Segaria region are also popular with photographers, artists and birdwatchers.
Mallorcan flavour of Benimeli

Benimeli was founded by the Arabs, who called it Bani Malik – sons of the Malik tribe. The town sits at the foot of the Sierra de Segaria mountain whose peak still houses Moorish and Iberian remains.

When the remaining Moors were expelled and the village needed to rebuild. Many people from Mallorca settled in and around Benimeli bringing their culture and cuisine with them.

You will find traditional Mallorcan food still available in many local butchers and bakers in the Marina Alta region, including types of sobrasada (paprika-spiced cured pork), sausages and the sweet ensaimada cakes.

One of the finest bakeries is around the corner from the church in Benimeli. The Forn de Pa in Calle Horno (oven street) still makes bread the old-fashioned way in a traditional wood oven which is more than 100 years old.

You may see locals popping in with trays of vegetables or a leg of lamb for the owners to cook in the oven. They are happy to oblige and charge just a small fee – possibly as little as €1 – for their trouble.

There’s a lovely central square, Plaza Mayor, where you will find one of the village’s two bars, a grocery store, the pretty church with bell tower and clock, plus a music school.

In April or May, Benimeli holds a cultural week celebrating art and music with concerts and exhibitions.

From Benimeli, you can walk up the Sierra de Segaria mountain to enjoy far-reaching views. There is a circular tour of about three hours, starting and ending in the village, or there is a direct route straight to the top, which is quicker, taking about an hour, but harder on the legs!

The town and surrounding countryside has fields of orange, almond and olive trees so you can buy great local produce as well as honey and jams from the area. 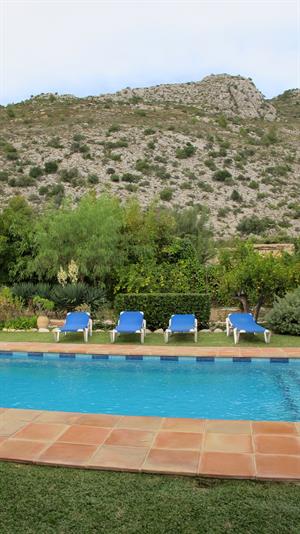 Four kilometres south of Benimeli is the rural village of Benidoleig on the slopes of the Girona Valley. This area is popular with cyclists and hikers who enjoy the fabulous views from the winding roads around the mountains and valleys.

Farming is mainly orange, almond and olive groves, which produce a mass of pink and white blossom in springtime. The scene provides a perfect photo opportunity or inspiration for artists as well as providing a beautiful scent as you wander through.

Views across from Benidoleig caves

Benidoleig has a popular restaurant, El Cid, with its own bowling green, tennis courts and swimming pool with wonderful country views. The restaurant serves Mediterranean and British food as well as the Sunday carvery for a great British roast dinner.

Just down the road from El Cid is the Calaveras cave, which means cave of skulls, so called because 12 human skeletons were found when the cave was rediscovered in the 18th century.

The cave is believed to be about 100,000 years old as Neolithic and Bronze age artefacts such as bones, flint axes and arrowheads were found here.

Take your time exploring the stalagmites and stalactites as many people find interesting shapes within the rocks including Sophie Loren’s bust, a map of Spain and an elephant’s head.

During the Spanish Civil War, the cave was used to store ammunition and explosives.

To get to the Calaveras Cave

From the AP7 toll booth at Ondara, turn right on to the CV731. At the roundabout in Benidoleig by the Sabadell bank, take the third exit on to the Ctra Pedreguer and you will see the caves on your right after about 200 metres.

Four kilometres along the CV731 road is the town of Orba which has a few supermarkets, shops, banks, restaurants and bars. 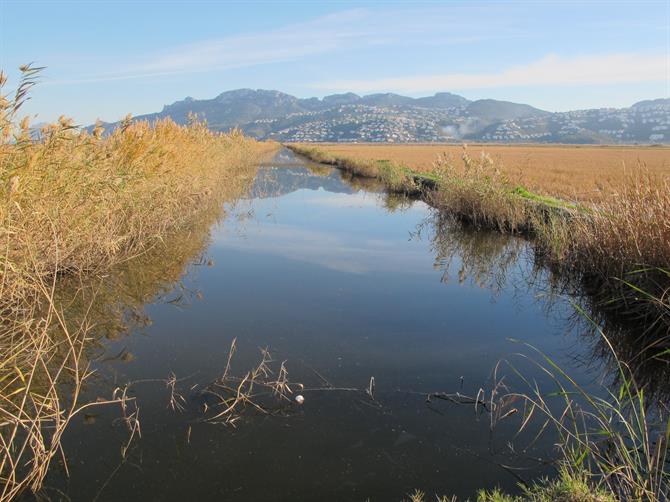 Pego-Oliva marjalPlanting rice in PegoThe Alicante region is famous for its rice dishes, especially the many varieties of paella. You can see the rice fields in the Pego marshes, 10 kilometres north of Benimeli.The marshlands lie in a scenic setting between the mountains and the sea so they enjoy their own microclimate which is ideal for growing rice. The production was started by the Moors and continues using very similar methods today.The Bomba rice from Pego is perfect for paellas and other rice dishes where you need to absorb the stock to pack in the flavours.You can learn about the history of rice cultivation in Pego at the Ethnological Museum in the cultural centre in Calle Sant Domenec in Pego town centre. It is open from 10am to 2pm and 5pm to 8pm on Mondays to Fridays, Saturdays 10am to 2pm. July and August just 10am to 2pm too.View from the window of a rural guesthouse in Benimeli, Alicante

Near to the motorway toll booths is the Portal de la Marina shopping centre on the outskirts of Ondara. There is plenty of free parking. Shops include a large Eroski supermarket, C&A, H&M, Lefties, Zara and Mango as well as opticians, mobile phone shops, pet store and more. The mall also has restaurants including McDonald’s and Lizarran tapas bar as well as a cinema.The shopping centre is open from 10am to 10.30pm Monday to Saturday.

Heading for the beach

The Sierra de Segaria region is just 10 minutes by car to the beautiful sandy beach of Deveses, just north of Denia. This is perfect for practising water sports such as sailing, snorkelling, surfing or jet skiing or simply sunbathing. It can get windy so is a popular spot for kite surfers too.Denia, Costa BlancaBest restaurants to tryUn Cuiner A L’Escoleta, Carrer Calvari, Sagra, is a restaurant in the old school’s dining room. There is a short menu using local produce from the market cooked ‘with a twist’, including rice dishes, local sausages, meat and fish. Cal Morell, Carrer del Pi, Orba, is another traditional Spanish restaurant serving creative regional cuisine. El Temple, Jacinto Benavente, Benidoleig, also offers regional food cooked to gourmet standards but at bargain prices. There are also pizzas available, which is great if you want to take children who are fussy about their food.